A Training Time Out may be called by any member at any time. If a TTO is called, training will stop for that individual until the individual and event instructor deem it safe to proceed. A TTO may be verbal or non-verbal by making a “T” (demonstrate) with your hands. AED/CPR first responder will be ___________. He/She will be located____________. Communications relay will be myself and anyone else with a cell-phone. For any emergency please call 911.

If you have adverse answers to any of these questions, please see me afterwards.

Request our Color Guard or schedule a JROTC Tours 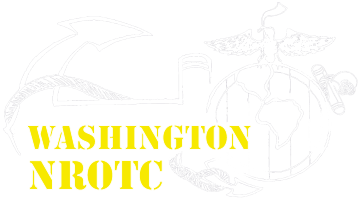 Sergeant Hendrix was promoted to his current rank of Staff Sergeant in October of 2016.

In February of 2019 Staff Sergeant Hendrix reported to 3d BN 11th Marines where he was assigned as a Platoon Sergeant in Mike Battery.

Staff Sergeant Hendrix served as the Battery Gunnery Sergeant for Kilo Battery from May 2019 to December 2019 and then deployed with Battery I in as the battery gunnery sergeant from September 2020 to March 2021.

CAPT Allen D. Adkins was born in Dallas, Texas and is a graduate of the United States Merchant Marine Academy at Kings Point. In 2002, CAPT Adkins served aboard USS SHILOH and deployed to the Northern Arabian Gulf where he served as Air Defense Commander for the ABRAHAM LINCOLN Carrier Strike Group in support of Operation Iraqi Freedom. In 2007, CAPT Adkins attended the Army Command and General Staff College where he earned his Master’s Degree in Military Arts & Science and his Joint Professional Military Education.  CAPT Adkins other tours include Commanding Officer USS CORONADO, Officer in Charge of Afloat Planning Systems Atlantic, NATO Planning officer for the United Kingdom Maritime Battle Staff, and Branch Head at Naval Surface Mine and Warfighting Center. CAPT Adkins also deployed to Iraq as part of the UK-US coalition in support of Combined Task Force Iraqi Maritime. CAPT Adkins most recent assignment was serving as Commodore at Costal Riverine Group One in San Diego, California. His decorations include the Legion of Merit, Meritorious Service Medal, Joint Service Commendation Medal, Navy Commendation Medal, Navy Achievement Medal, and various unit and service awards. 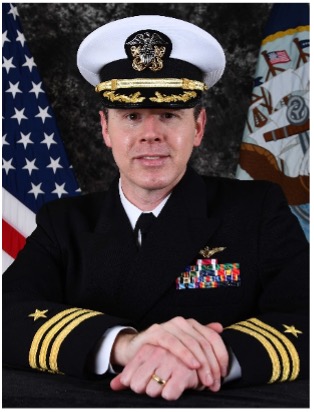 Commander Richard Bog Slade is a native of Williamston, NC.  He graduated from the University of North Carolina at Chapel Hill in 2003 with a Bachelor of Arts degree in History, and he received his commission through the UNC NROTC program.  He earned his Wings of Gold in July 2005.

In April 2009, Commander Slade reported to his first shore tour with the Eightballers of Helicopter Training Squadron EIGHT (HT-8) where he served as an advanced helicopter instructor pilot.  As Navy Student Control Officer and Assistant Standardization Officer he mentored over 150 students.  Commander Slade was honored as HT-8’s Instructor Pilot of the Year for 2011.

After graduating from the School of Aviation Safety, he joined USS WASP (LHD 1) as Safety Officer in March 2012.  Commander Slade qualified as Officer of the Deck and Fixed/Rotary Wing Launch and Recovery Officer while WASP won two Safety Excellence Awards and.  He also earned his Master of Arts in National Security and Strategic Studies from the Naval War College in 2013.

In August 2014, Commander Slade qualified to fly the MH-60R Seahawk and reported to Helicopter Maritime Strike Squadron SEVEN TWO (HSM-72) Proud Warriors at NAS Jacksonville.  He was the squadron’s Safety Officer and Training Officer, and he was Detachment TWO Officer-in-Charge (OIC) aboard USS BULKELEY (DDG 84) for an eight-month deployment to the Fifth Fleet AOR.

In March 2020, Commander Slade joined the staff of Commander, U.S. Seventh Fleet forward-deployed to Yokosuka, Japan.  He served as Fleet Training Officer, responsible for training and certification of the Navy’s operational forces in the Western Pacific.  Commander Slade also assisted in the planning and execution of various exercises and managed Seventh Fleet’s training requirements.

Lieutenant Morgan Bingle is a native of Seattle, WA and graduated from the University of Idaho in 2014. LT Bingle commissioned through Officer Candidate School in 2016.

In June 2016 he reported for his first tour onboard USS Mustin (DDG 89), homeported in Yokosuka, Japan. He served as the Auxiliaries Officer and Administration Officer throughout the ship’s basic phase and multiple patrols in the Sea of Japan, Philippine Sea, and South China Sea. In February 2019 he reported for his second tour as Navigator onboard USS Benfold (DDG 65), also homeported in Yokosuka, Japan. While onboard he supported one patrol in the East China Sea, an extended dry-dock period, and the ship’s basic phase. 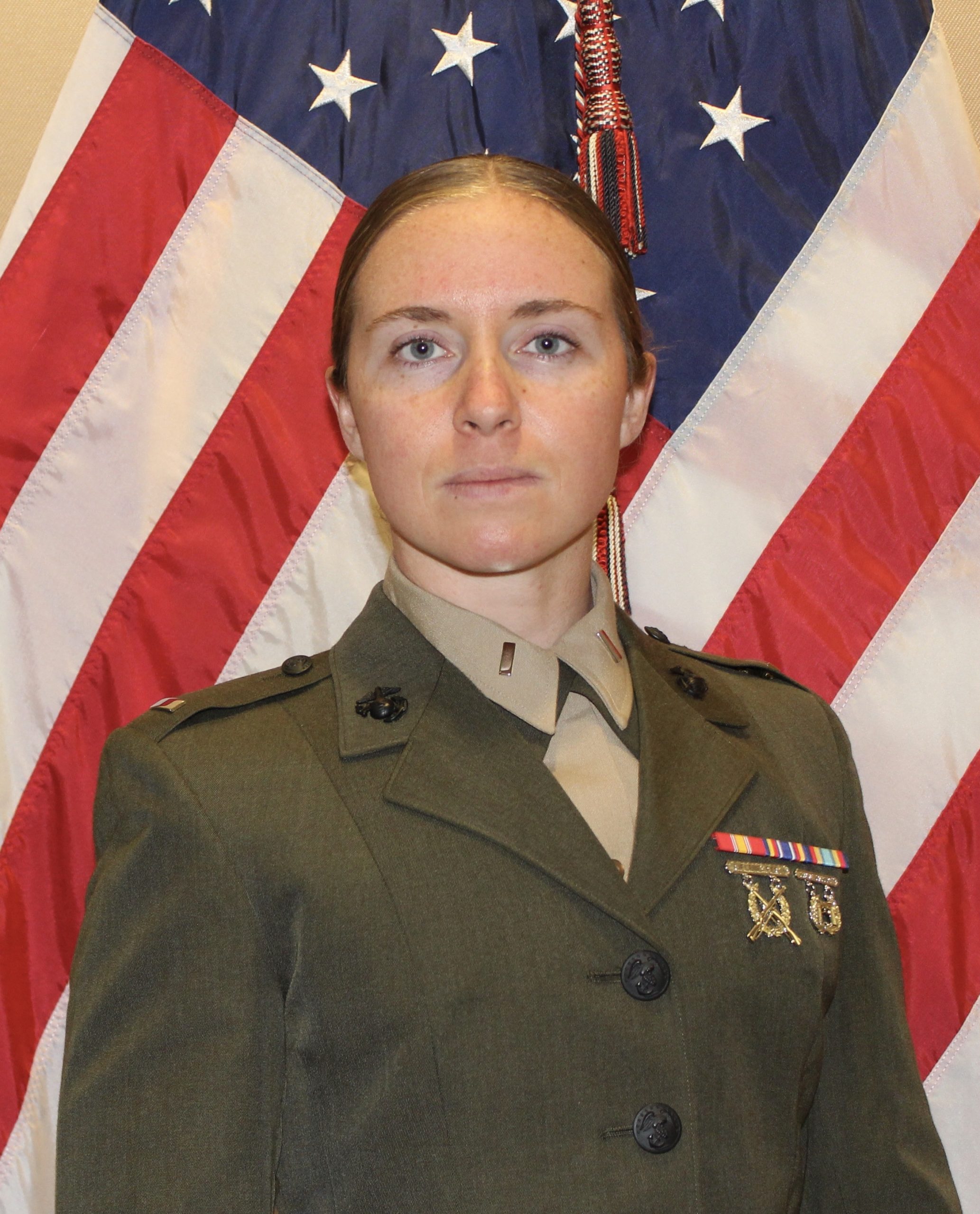 Elizabeth Schilder attended the United States Naval Academy from 2014 – 2018.  She graduated in May 2018, earning a commission as a Second Lieutenant in the United States Marine Corps and a Bachelor of Science degree in History with a minor in Spanish.  She reported to The Basic School in September of 2018, graduating in April 2019 with the 6002 Aviation Maintenance Officer MOS. 2ndLt Schilder performed on-the-job training at Presidential Helicopter Squadron One (HMX-1), then completed MOS school at Naval Air Station Whiting Field, where she earned the Honor Graduate distinction.  During September 2019, she arrived at Marine Aviation Logistics Squadron 36 in Okinawa, Japan, where she served as the Airframes Division Officer.  In October 2020, she transitioned to Marine Medium Tiltrotor Squadron 265, serving as the Material Control Officer.  While part of the Dragons, she deployed twice with the 31st Marine Expeditionary Unit and supported multiple international exercises in the Indo-Pacific area of operations.  Between deployments, 1stLt Schilder was selected to attend the Advanced Aviation Maintenance Officer Course at MAWTS-1 where she earned her Weapons and Tactics Instructor designation in October 2021.

1stLt Schilder has served as the ground maintenance officer for most Marine Corps aviation platforms, notably the MV-22B, AH-1Z, UH-1Y, CH-53E, and the F-35B.  She holds the 8056 BMOS, HAZMAT/HAZWASTE Officer and has also served as a Command Physical Training Representative and Sexual Assault Prevention and Response Victim’s Advocate.

1stLt Schilder reported to the Naval ROTC unit at the University of Washington in May 2022 where she currently serves as the Marine Officer Instructor, Battalion Operations Officer, Anti-Terrorism/Force Protection Officer and the Command Fitness Leader.

LT Aaron Bishop grew up in Huson, Montana and graduated from Frenchtown High School in 2008. He enlisted in the Navy as a Nuclear Electronics Technician, and while in the training program was accepted into the Seaman-to-Admiral 21 commissioning program. Through the STA-21 program he attended Oregon State University and completed a B.S. in Nuclear Engineering with a minor in Economics. He commissioned as an Ensign in 2014, and went on complete Naval Nuclear Power Training in Charleston, SC and Saratoga Spring, NY before being assigned to the USS California (SSN 781) out of Groton, CT.

LT Bishop reported to the USS California in April 2016, where he served as the Chemical and Radiological Controls Officer, Diving Officer, and Assistant Operations Officer. He completed two EUCOM deployments over three years onboard California.

In April 2019 LT Bishop was assigned to the PCU Montana (SSN 794) in Newport News, VA. He served as the Assistant Operations Officer and the Training Officer, acting as the operational subject matter expert for the pre-commissioned boat, and assisting in the testing of the nuclear systems. In September 2020 LT Bishop reported to the University of Washington.

In addition to his duties as an instructor, LT Bishop is pursuing a Master’s degree in Industrial and Systems Engineering. In his free time, he enjoys backpacking, snowboarding, running, and attending Seattle Sounders games.

Lieutenant Ricardo Caporale grew up in Beacon, New York, and has one younger brother. He is the son of Antoinette Griffin. Lieutenant Caporale graduated with honors from The Citadel, The Military College of South Carolina, and received his commission in 2015 through the Navy Reserve Officer Training Corps program.

Jon-Paul Mickle is the University of Washington Program Coordinator for the Department of Naval Science, Navy Reserve Officer Training Corps.  In this role he assists the students, staff and faculty with navigating the university system.  He is a graduate of  Illinois Central College, Southern Illinois University, Central Michigan University, the Marine Corps University and the National War College.  He is also a 27 year veteran of the United States Air Force. 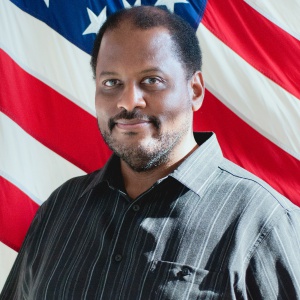